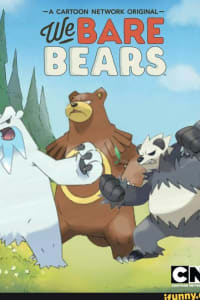 We Bare Bears is an American animated television series on Cartoon Network follows three adopted anthropomorphic bears, Grizzly, Panda and Ice Bear. Season 2 opens with the bears finding a box full of free stuff at a yard sale, which sends each of them on their own adventure.

We Bare Bears: The Movie

Demetri Martin: Live (At the Time)

The Secret Life of Pets 2