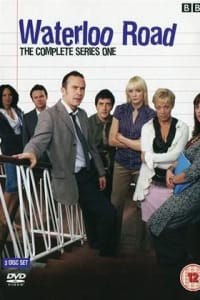 The first series focused on the new Headmaster Jack Rimmer’s attempts to keep the school of Waterloo Road open, following the school being threatened with closure by the LEA, owing to falling pupil numbers, bad behaviour and the bad publicity the school had been receiving following the previous Headmaster’s mental breakdown. In order to improve things around the school, Jack Rimmer employs enthusiastic Andrew Treneman as Deputy Head.