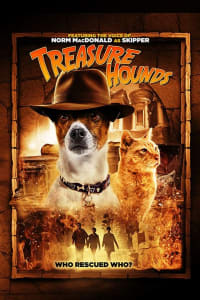 This movie follows Jack, a young boy who has just moved to his late grandfather’s house and realized he left a priceless Spanish treasure hidden somewhere in the town. Jack then races to find it with a couple of crooks not far behind.

Devil in the Dark

Encanto at the Hollywood Bowl

The Boy, the Mole, the Fox and the Horse