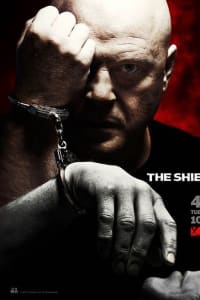 The Shield 5 is an American crime drama television that aired on January 10, 2006. It mostly centers on the attempts of Internal Affairs Lt. Jon Kavanaugh to bring down Vic Mackey for the murder of Terry Crowley as well as other crimes.