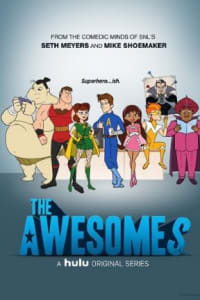 The Awesomes tells the story of a group of super heroes. After the legendary Mr. Awesome retires as leader of his superhero task force, his not-so-super son Prock must assemble a team of funny-if-flawed misfits to restore the group to its former glory.

Splitting Up Together - Season 2