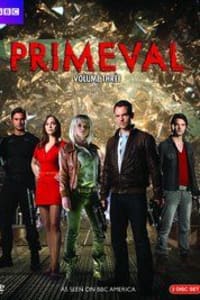 Series 1 followed the efforts of Professor Nick Cutter (Douglas Henshall) and his associates, a friend and colleague Stephen Hart (James Murray), a student Connor Temple (Andrew-Lee Potts) and a zookeeper Abby Maitland (Hannah Spearritt) as they investigate the appearance of anomalies (called “earthquakes in time”) that allow the passage to other times and places, allowing often-dangerous creatures from the distant past or future to threaten the lives of citizens.