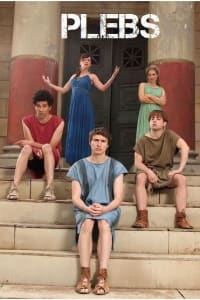 Plebs is a television series produced by Tom Basden, Caroline Leddy, Sam Leifer and Teddy Leifer. It follows three desperate young men from the suburbs as they try to get laid, hold down jobs and climb the social ladder in the big city