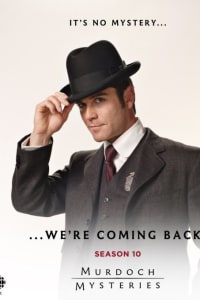 The series takes place in Toronto starting in 1895 and follows Detective William Murdoch (Yannick Bisson) of the Toronto Constabulary, who solves many of his cases using methods of detection that were unusual at the time. These methods include fingerprinting (referred to as “finger marks” in the series), blood testing, surveillance, and trace evidence.