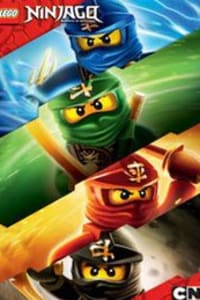 Lego Ninjago: Masters of Spinjitzu is an animated television series revolves around the world of Ninjago, a place divided between Ninjago proper and the Dark Island. In the opening of season 6, after destroying the Cursed Realm and saving Ninjago, the Ninja have found sudden fame for their roles and actions.

Super Monsters and the Wish Star