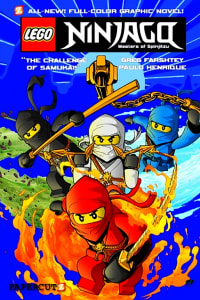 LEGO Ninjago Masters of Spinjitzu - Season 2 is an Animation, Action, Adventure TV Series whose creators are Tim Ainley, Samuel Thomas Johnson. It was released on 18 Jul. 2012. It stars Vincent Tong, Michael Adamthwaite. The season begins with: Just as the rebuilding effort in Ninjago begins, the four ninjas come to realize that evil has started to resurface with Lord Garmadon forging the ninjas’ lost Golden Weapons into a Mega-Weapon with unspeakable powers… What await ahead?

Super Monsters and the Wish Star