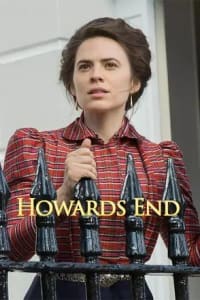 Howards End is a 2017 four-part television miniseries directed by Hettie MacDonald. It is based on the 1910 novel of the same name by E. M. Forster and adapted by Kenneth Lonergan. Season 1 of this opens with the single Margaret (played by the smiling Hayley Attwell from the Avengers series) who is trapped at home with an overbearing aunt (an unexpected appearance of the forceful Tracey Ullman) and a slightly mad, hypochondriac brother.

Jimi: All Is By My Side

Blinded by the Light