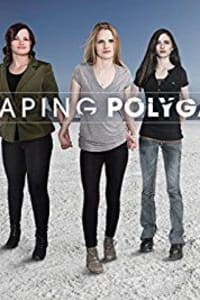 Some people are born into polygamy and thus have no choice whether they want to live that kind of a lifestyle. The only option in a case like that is to break free of the family and escape polygamy. That is what sisters Andrea, Jessica and Shanell did more than 10 years ago. After leaving their Salt Lake City-based polygamist group, the Order, the sisters devoted their lives to helping others – men, women and even children – get out of their own polygamist groups and adjust to new lives. Andrea and Jessica, two of 12 children born to Daniel Kingston and his sixth wife, escaped with help from their aunt and were placed into foster care during a nationally covered custody battle. Shanell, the second of 12 children born to Kingston and his seventh wife, left the Order after being married to a cousin as a teenager; she has since remarried and has two daughters.