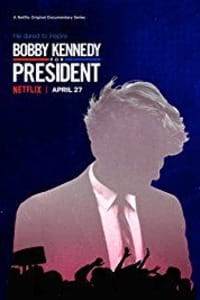 The series, which launches globally on April 27, is timed to correspond with the 50th anniversary of Kennedy’s 83-day presidential run, which officially began on March 16, 1968, and ended with his assassination at Los Angeles’ Ambassador Hotel barely three months later.

I Am Not Your Negro

A Return to Grace: Luther's Life and Legacy